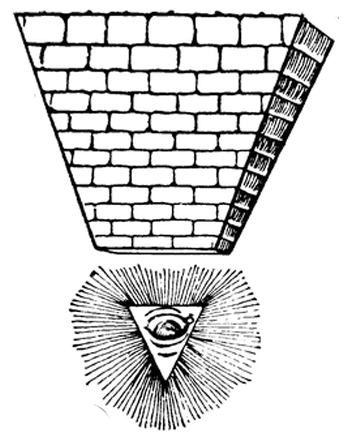 Has collective collaboration taken the power
from the top of the pyramid and dispersed it among the participants?

There is no one-overseeing-camera that records our every move.

There are millions of them, in the hands of the public and on the walls of private businesses.

The Mainstream Media cannot get the news to us faster than the masses of bloggers do.

In addition, if they push something based on an agenda,  it is swarmed by truth seekers.

Hopefully, my lack of example doesn’t spoil the point of the article.  To me it seems that the power, once controlled by the few, is now slipping into the hands of the masses.  Not that  Orwell had it wrong, but the transmutation of his novel’s message, and the prediction of greater totalitarian control in accordance with the development of technology, is wrong.

How does this affect the real estate industry?

Hundreds of thousands of voices can question the leadership, decisions, policies, management and opinions of those above and beside them.

The once coveted access to MLS listings is becoming less of a compelling offer to generate leads.  As the barriers soften and the public have access to that which was once locked away in a private, powerful book, service, education and trust define the attraction to an agent.  One’s ability to be heard among, and supported by the critical mass will replace the gatekeeper mentality and influence.

Reputations, the cornerstone of any long-standing business, depend on the collective voice.  It can take years of success to be ‘talked about.’  One negative blog article can wash it all away.

Soon sellers and their listing agents will be held accountable by the collective audience for the “facts” they present about a property.

The future of listing a home?  Listing goes online.  The audience participates in its description and perception.  Property values become influenced by the community’s comments.